Helicopter Elopement in Whistler, BC 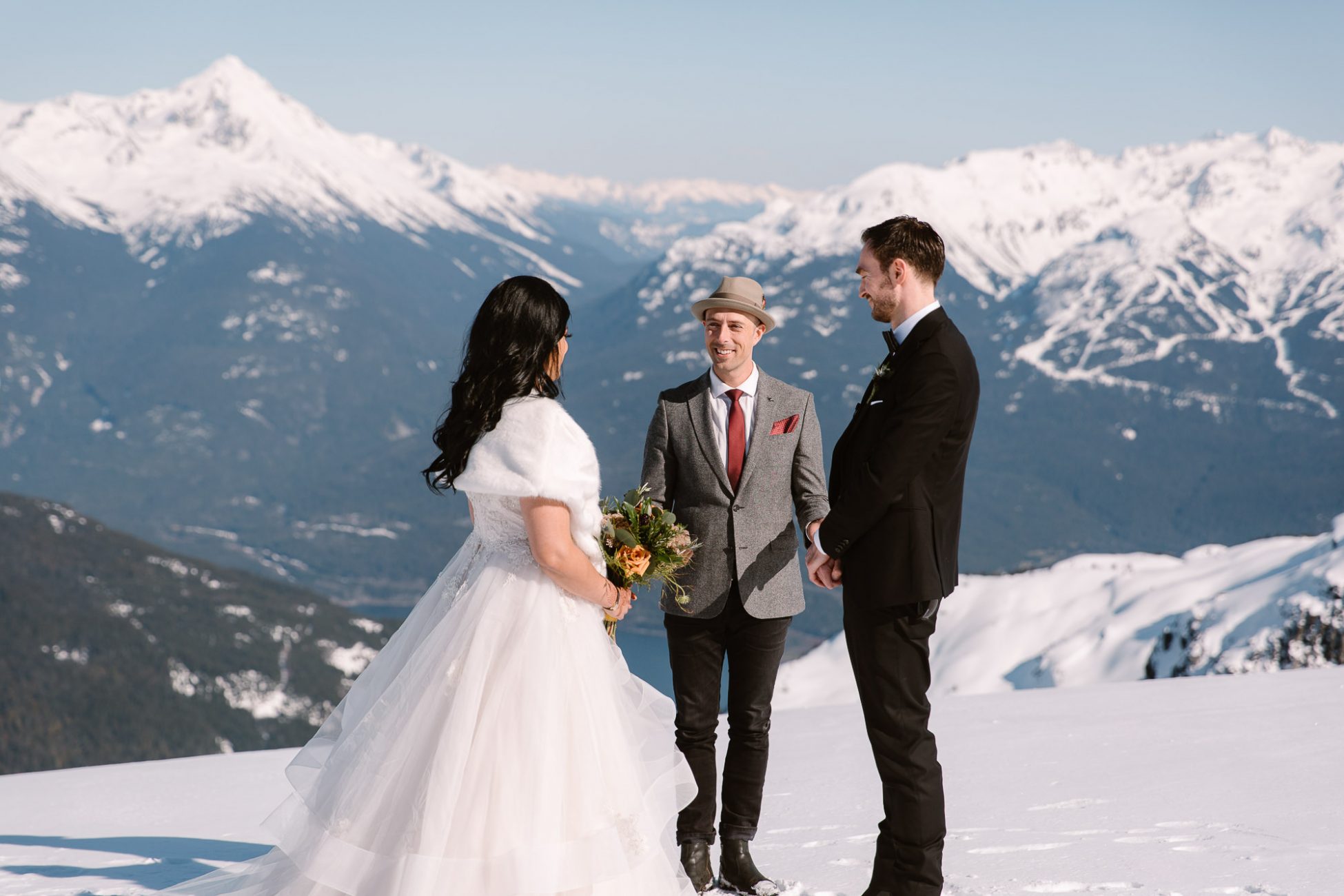 The mountains were definitely the focal point of this outdoor fairy-tale wedding. Ashika and Ryan met through a love of hiking and the great outdoors. Later they got engaged while wandering through mountain trails. They even took a helicopter up to the top of the mountains for their beautiful Vancouver Helicopter Engagement. Obviously, Ashika and Ryan wanted to make sure the mountains held pride of place on their Helicopter Elopement Whistler.

Their wedding took place over two days with the ceremony on April 20 and the reception on April 27, 2019. Continuing with the mountain theme, Ashika and Ryan decided to say their vows on the mountain top. Therefore, they planned their intimate Helicopter Elopement Whistler. First, they got ready in Whistler village surrounded by their closest family. Then, the couple strapped on their hiking boots and took two helicopters up to the top of the mountains in Whistler where an intimate mountaintop ceremony took place.

The breathtaking views of the mountain peaks covered with snow provided an enchanting backdrop for their Helicopter Elopement Whistler as well as their wedding photos afterwards. Twirling around, Ashika’s gorgeous wedding dress beautifully mimicked the freshly fallen snow of the mountain tops like an elegant wintery princess. After that, the photo session continued back in beautiful Whistler village where a family dinner wrapped up this picturesque day.

The reception on April 27, 2019 took place at Westwood Plateau Golf & Country Club. The day started with another photo session around Pitt Lake which had more idyllic backdrops of the mountains. After that, Ashika and Ryan then arrived at the reception where guests were waiting to celebrate with the newlywed couple. To surprise their guests, they arrived by helicopter, reminiscent of their engagement session and wedding ceremony aesthetic. Dinner, speeches, warm wishes and dancing followed, creating a perfect ending to a perfect wedding.

Eloping in British Columbia is an amazing option for those couples who want to celebrate their commitment to each other in one of the most stunning places in Canada. In addition, it is a great option for those adventurous hearts who can’t imagine their lives without mountain peaks. As a result, more and more couples nowadays decide to elope and have their small wedding ceremonies in Whistler, the outdoor capital of British Columbia. 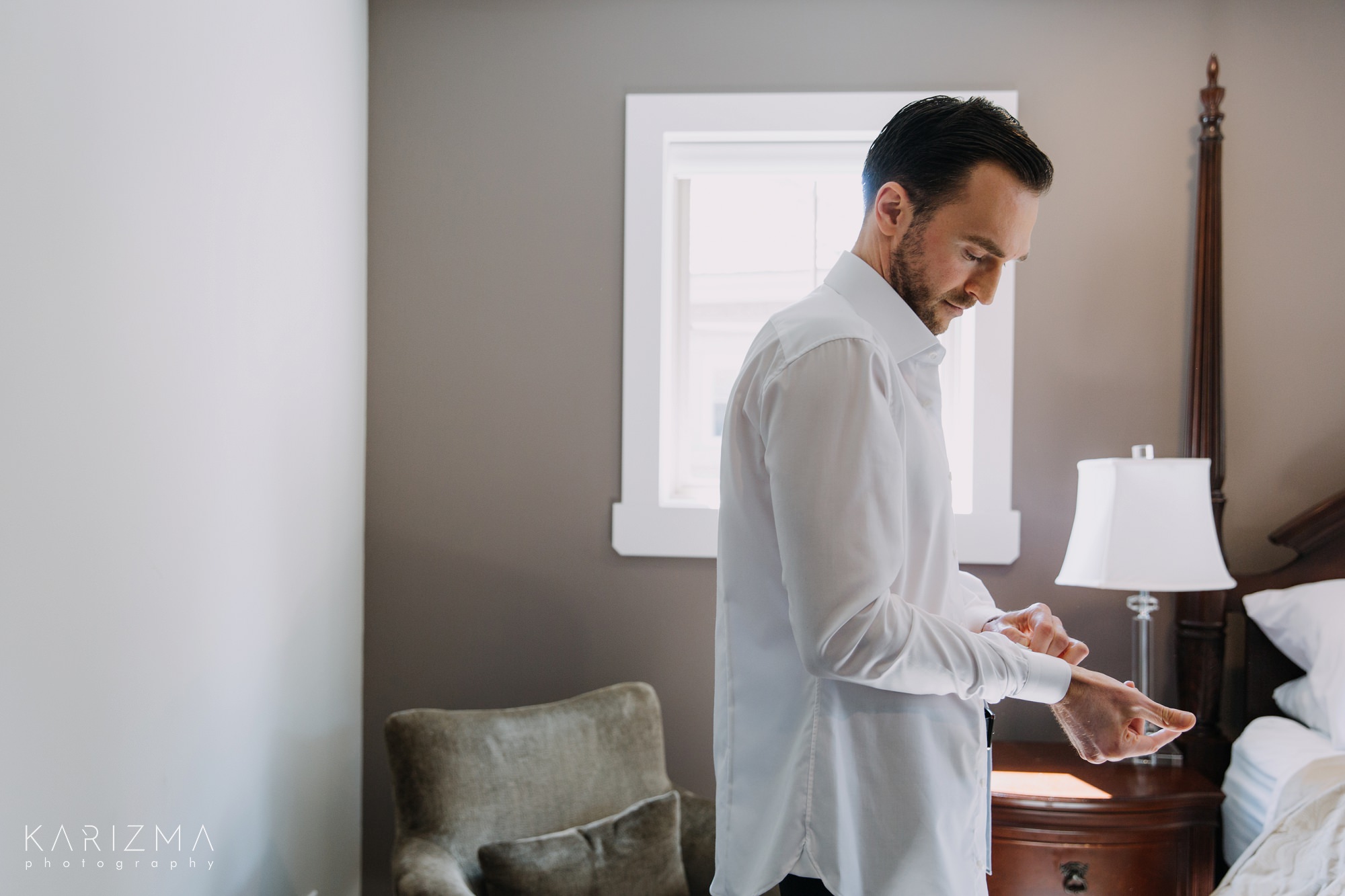 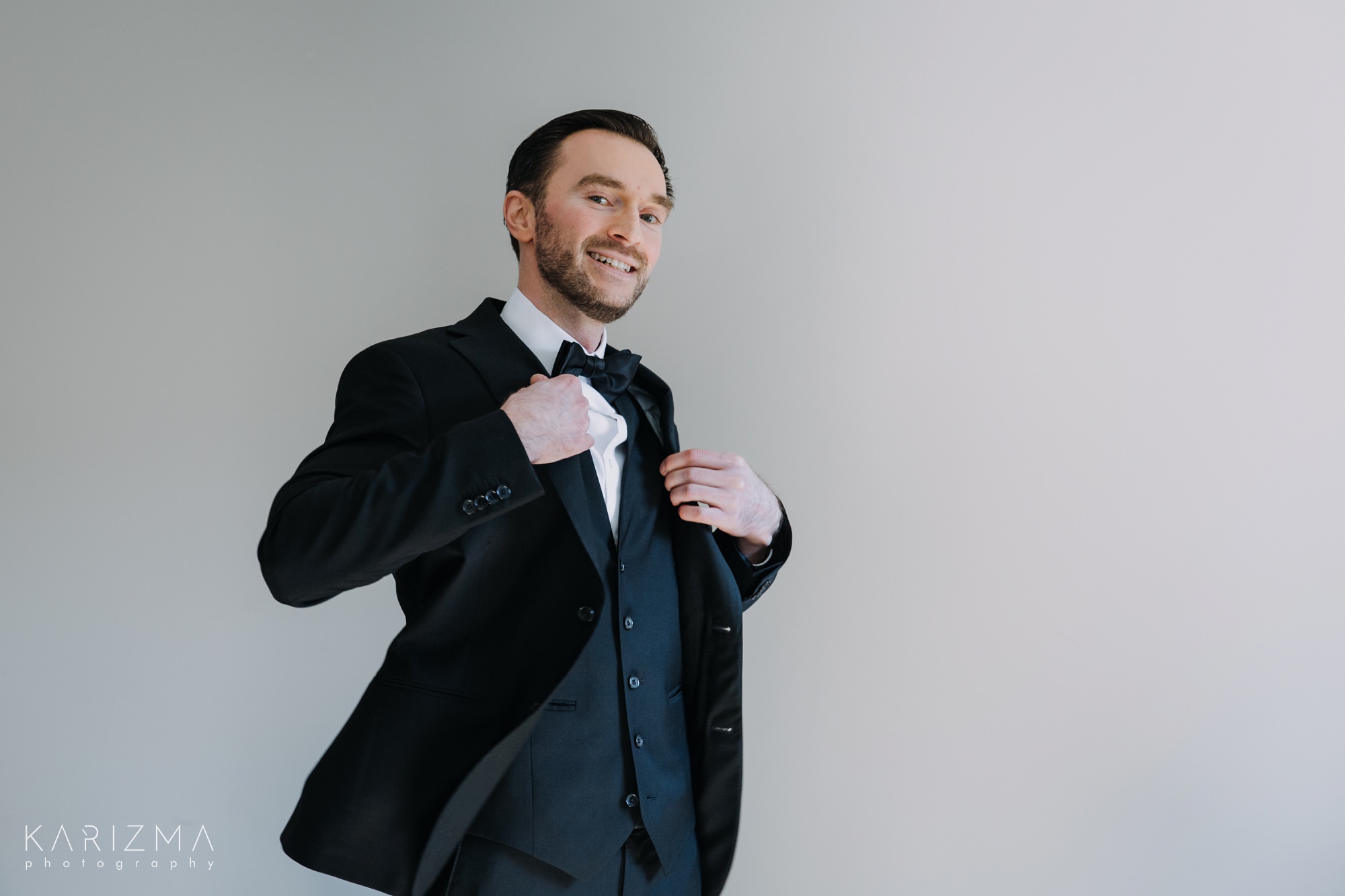 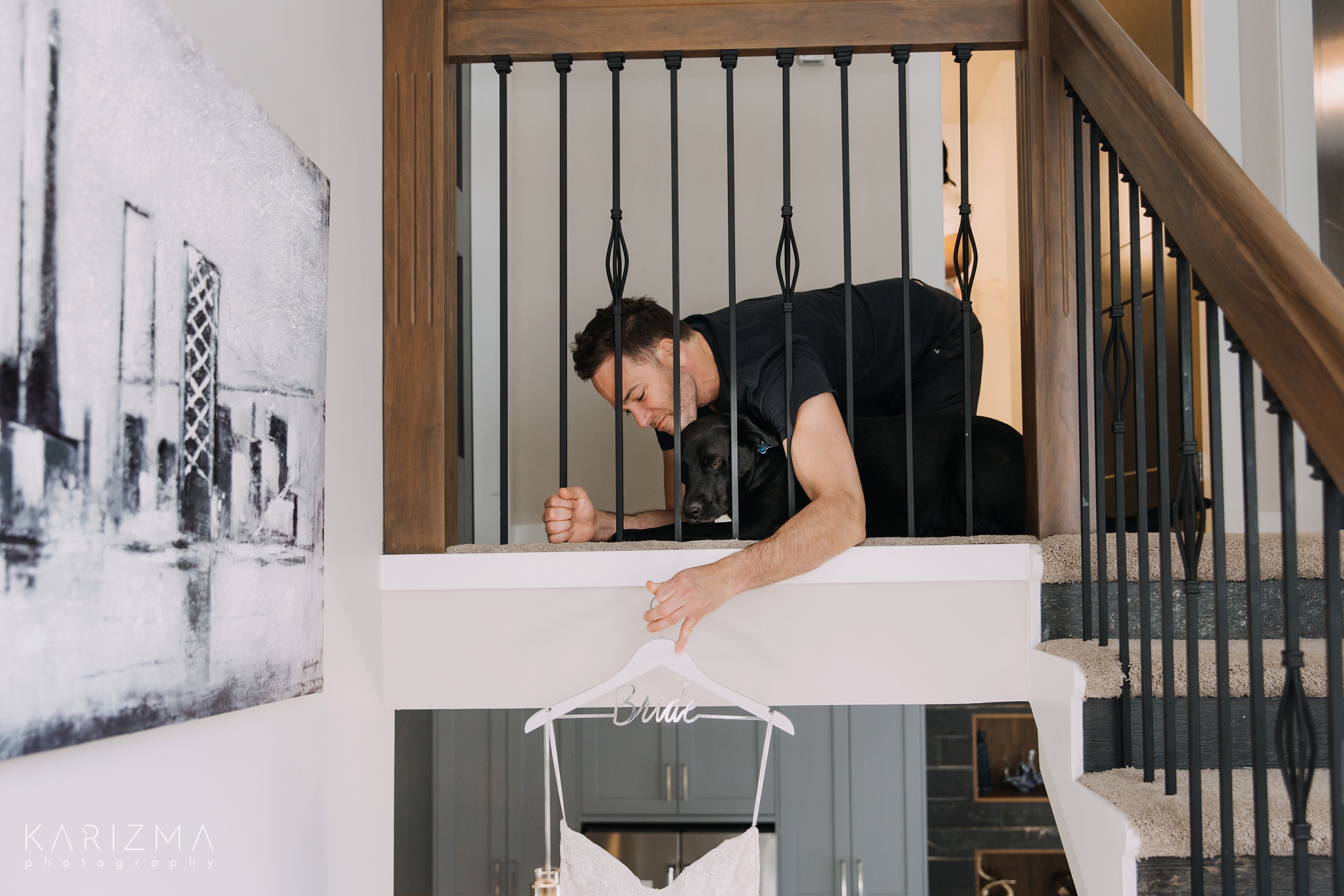 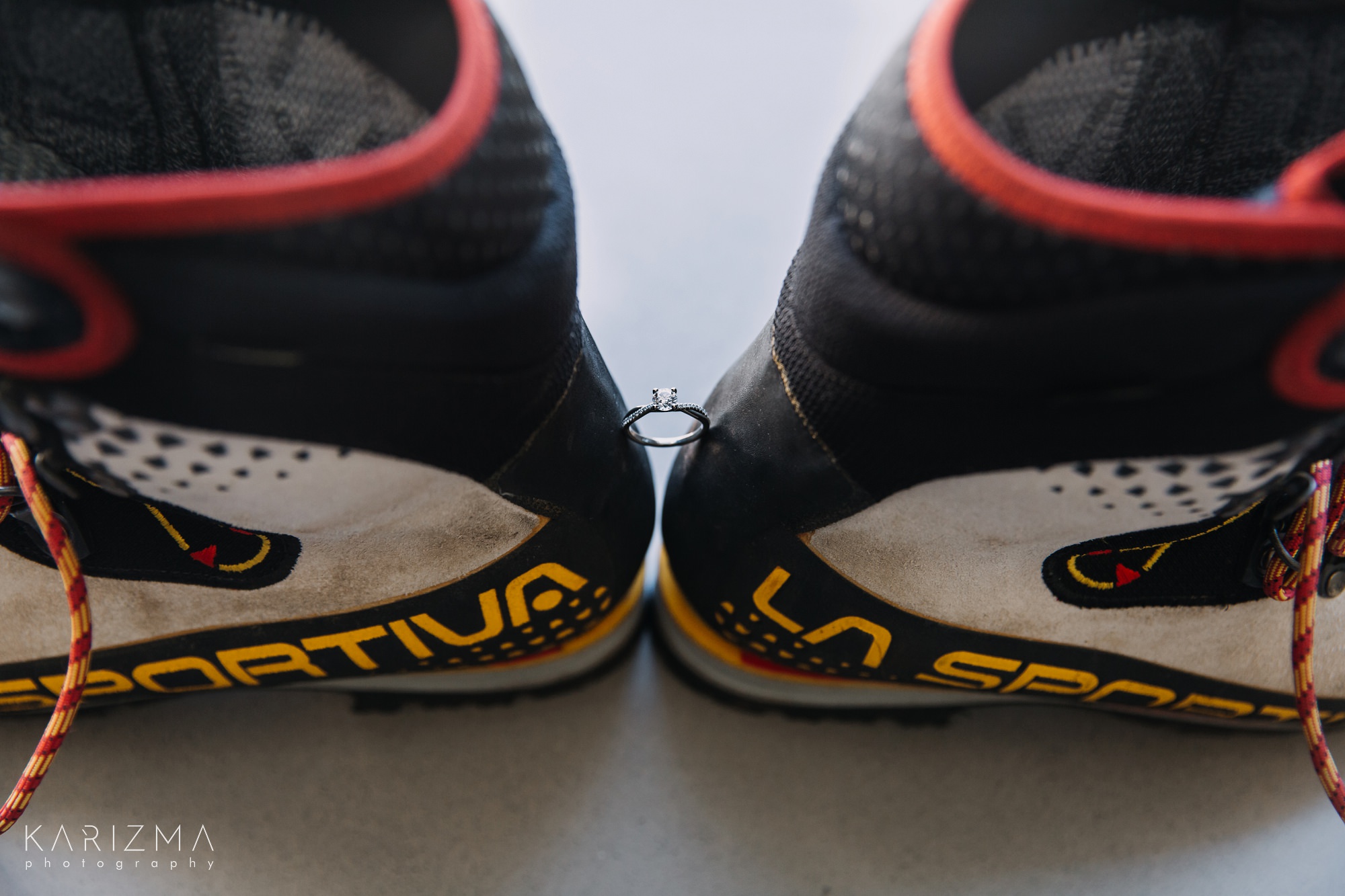 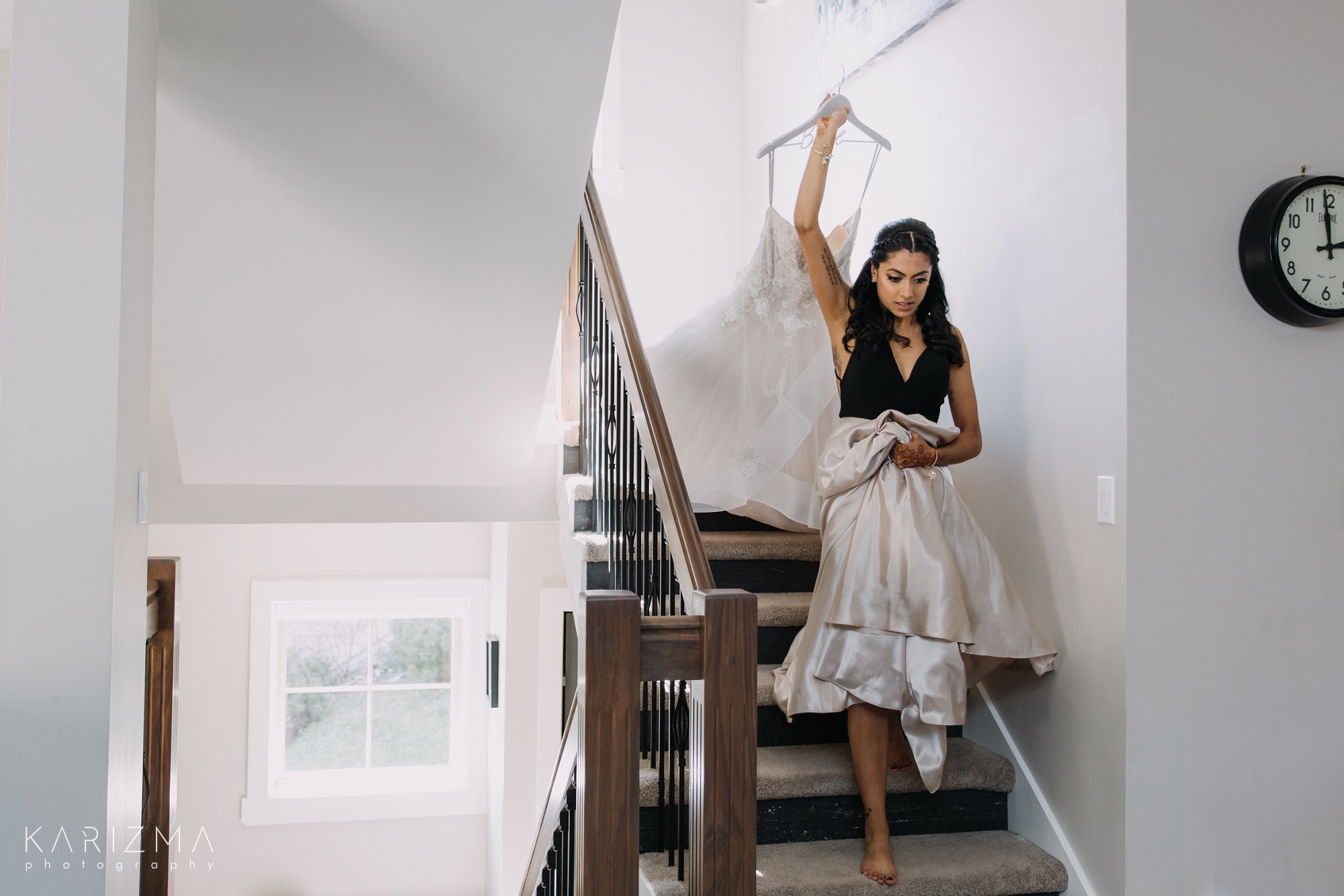 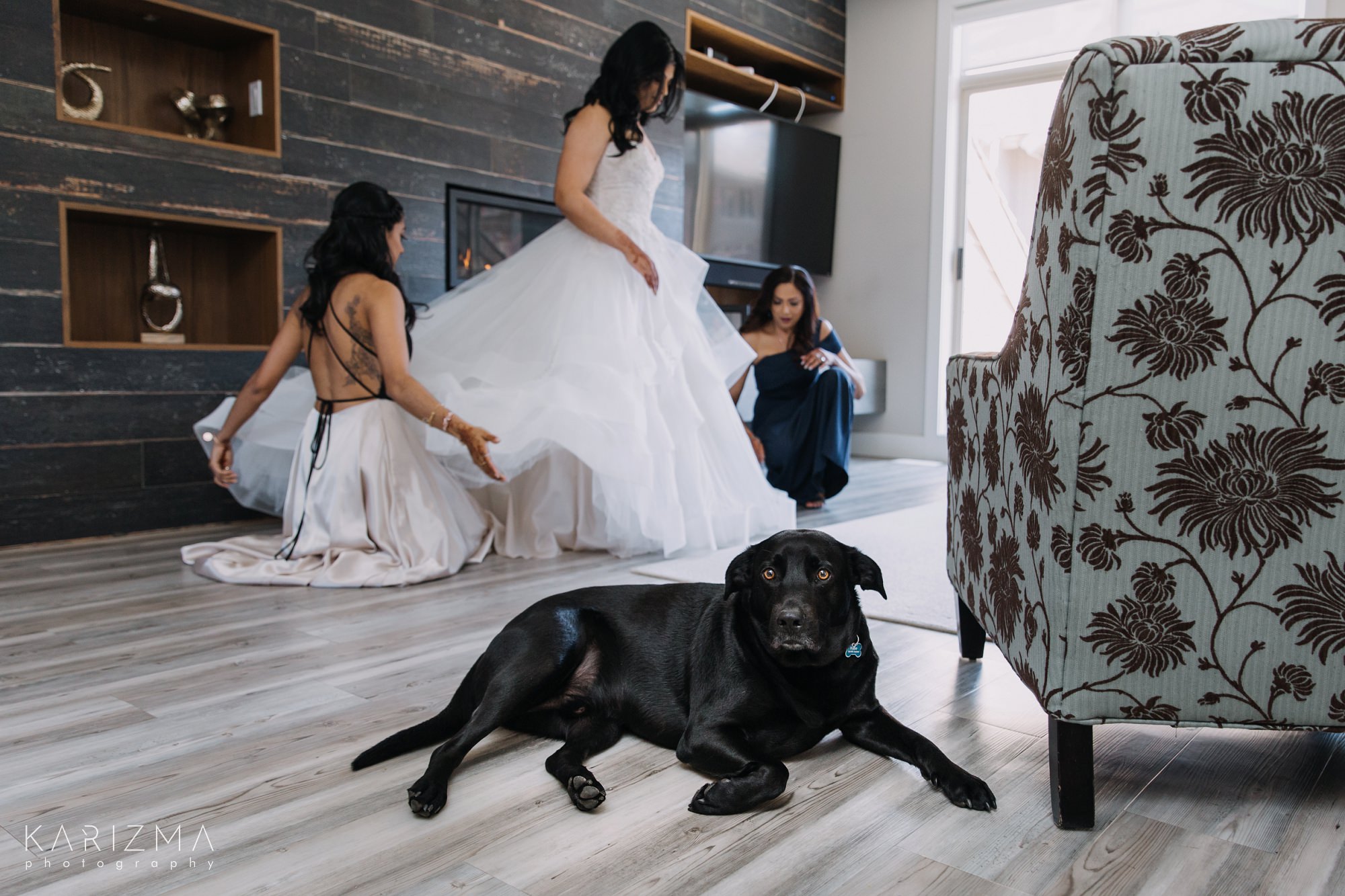 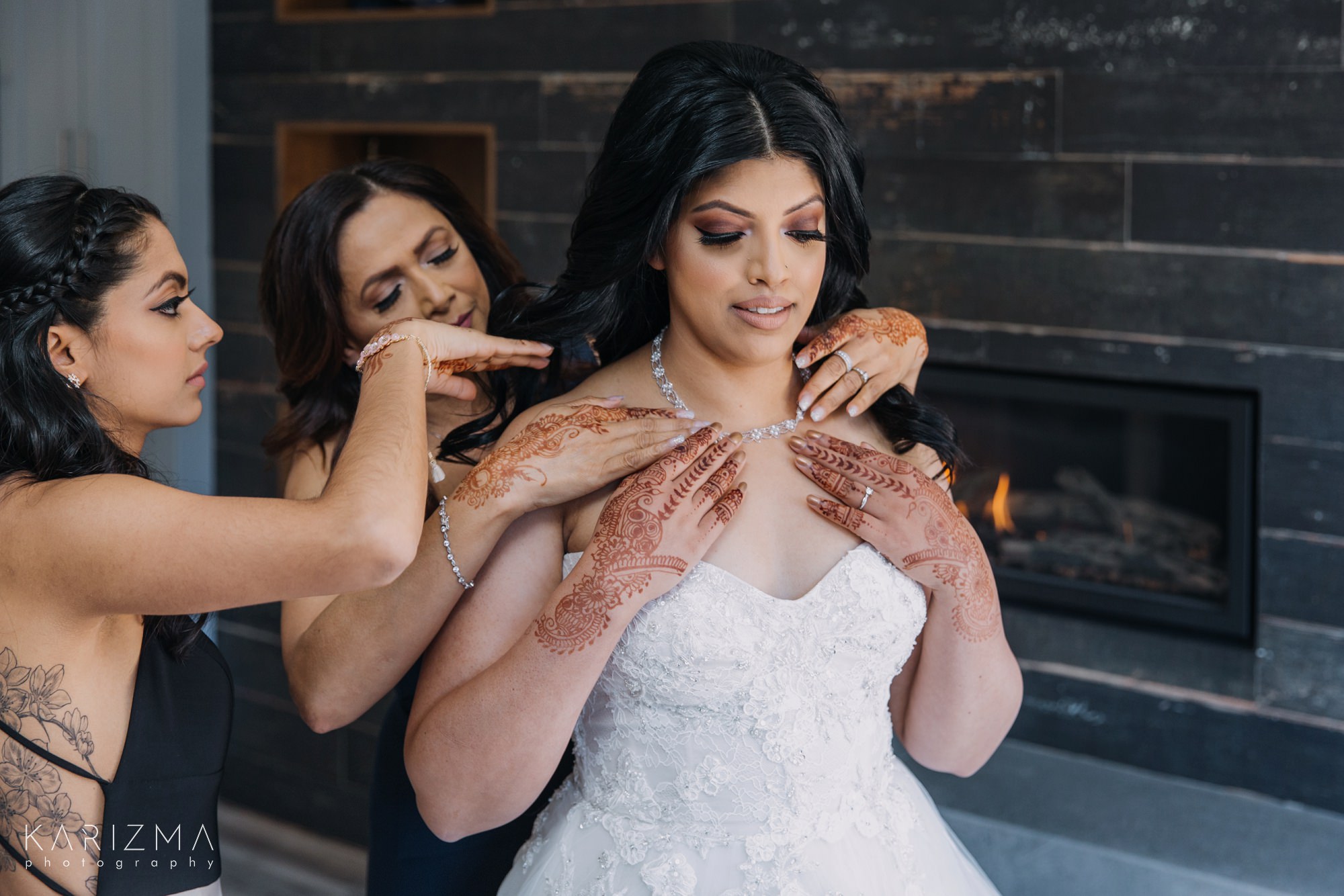 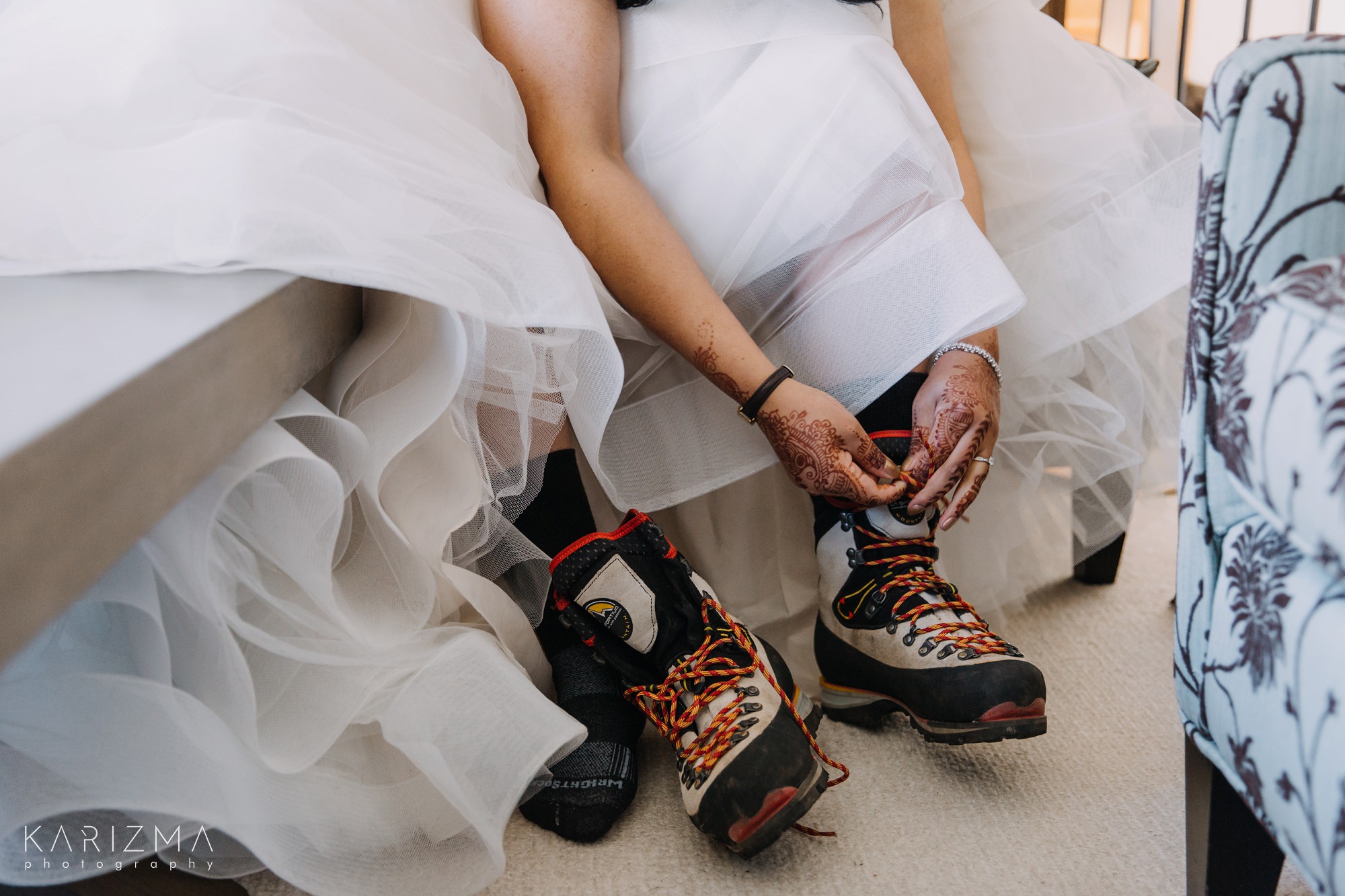 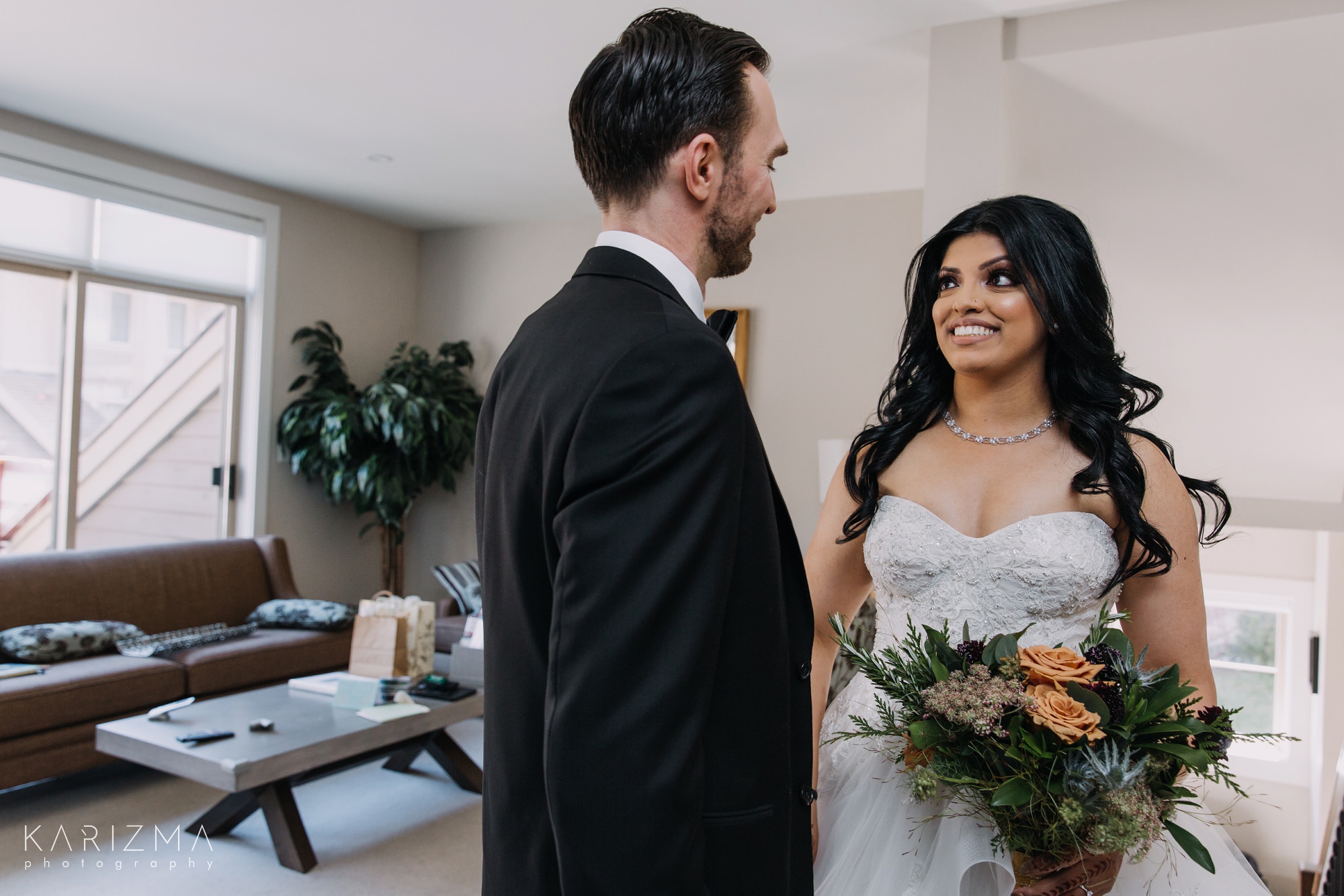 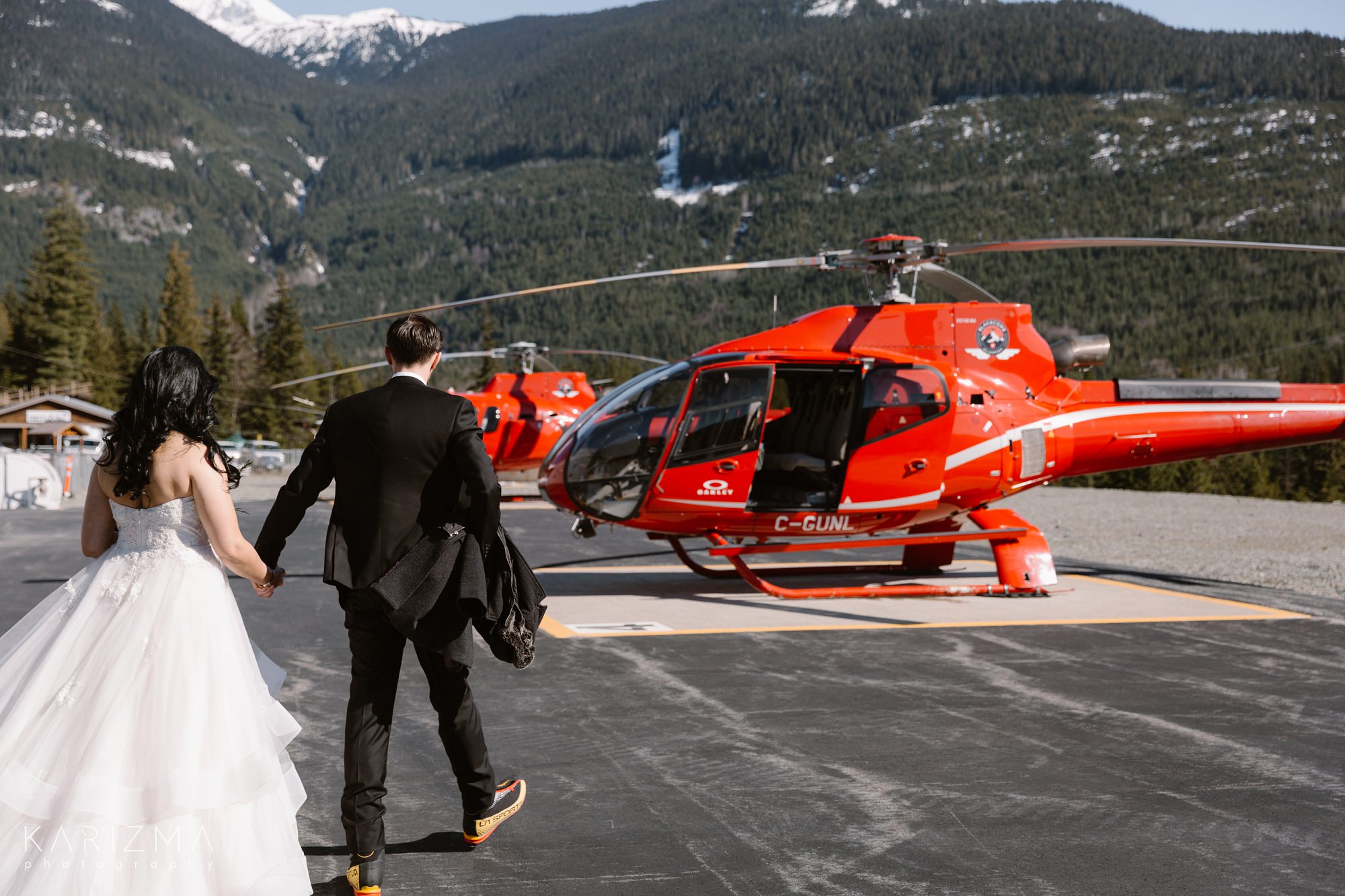 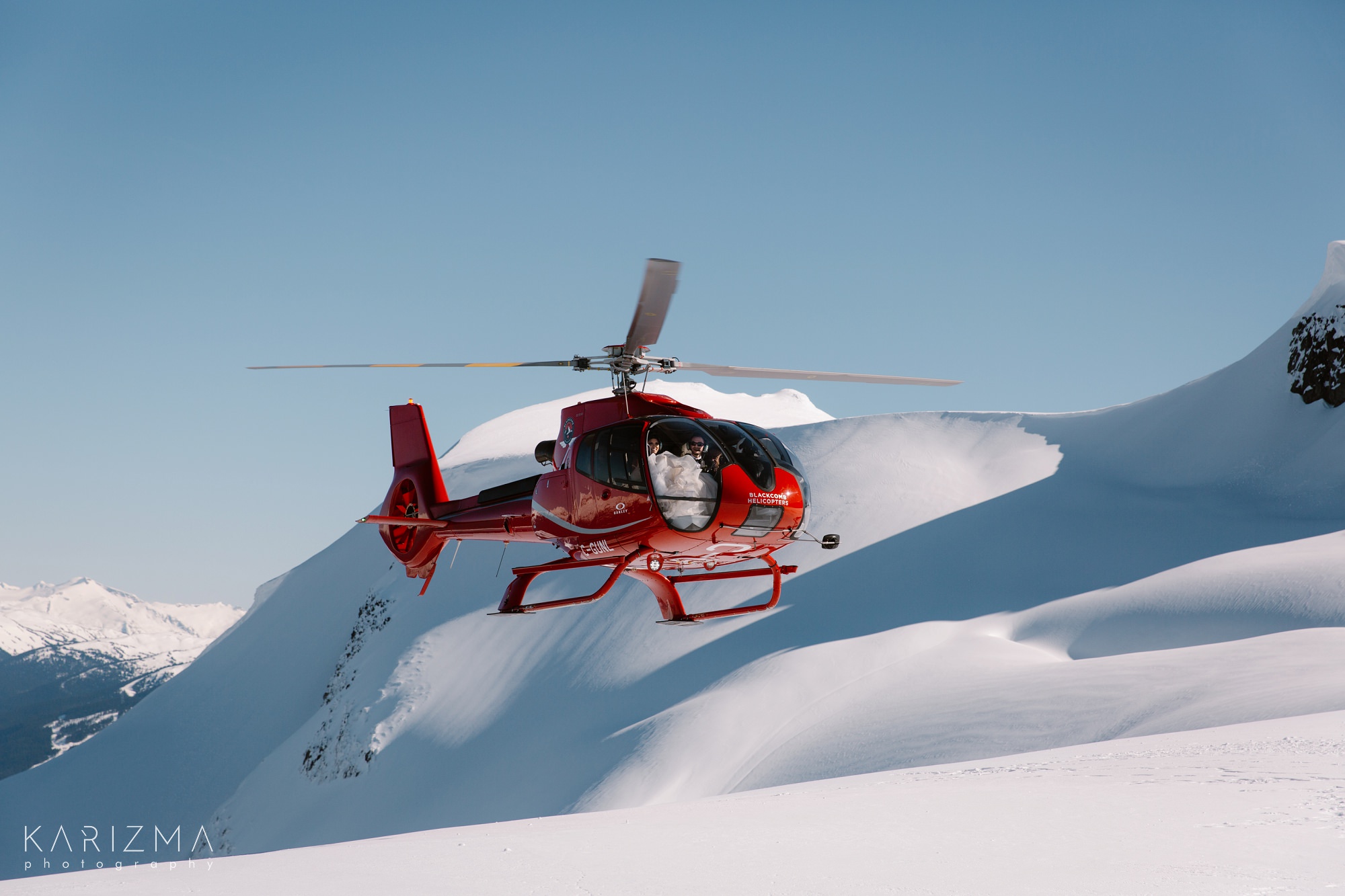 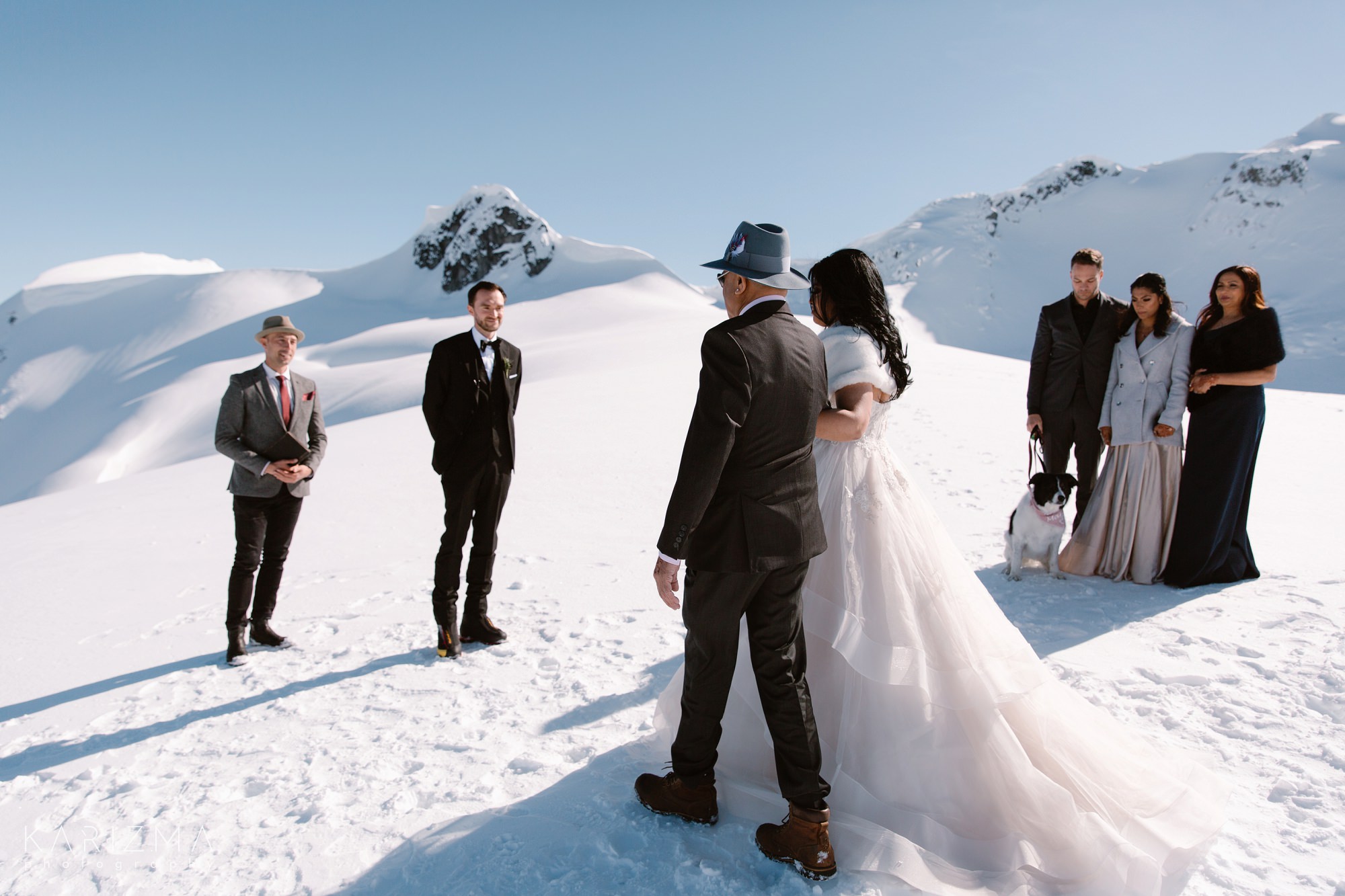 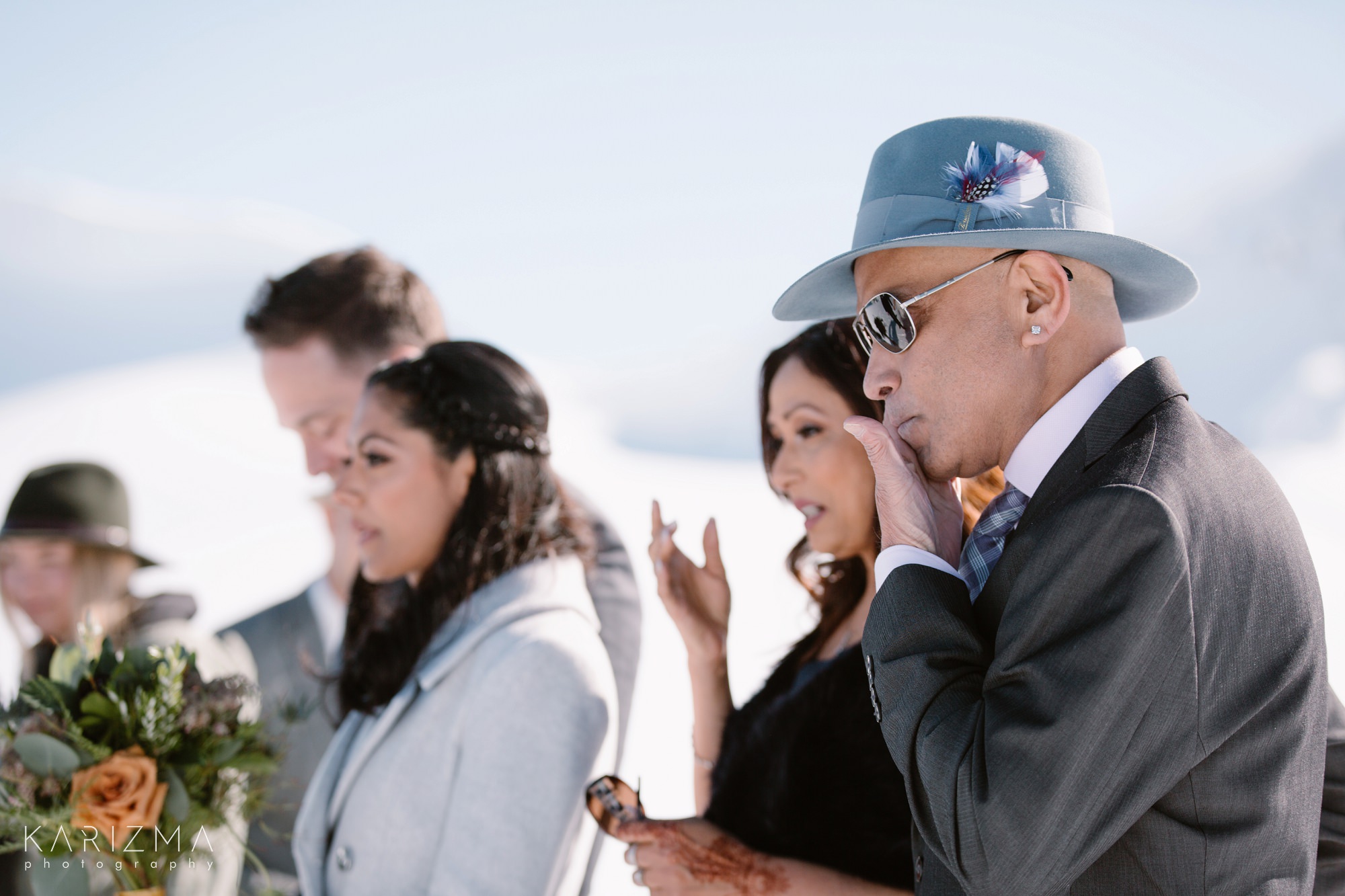 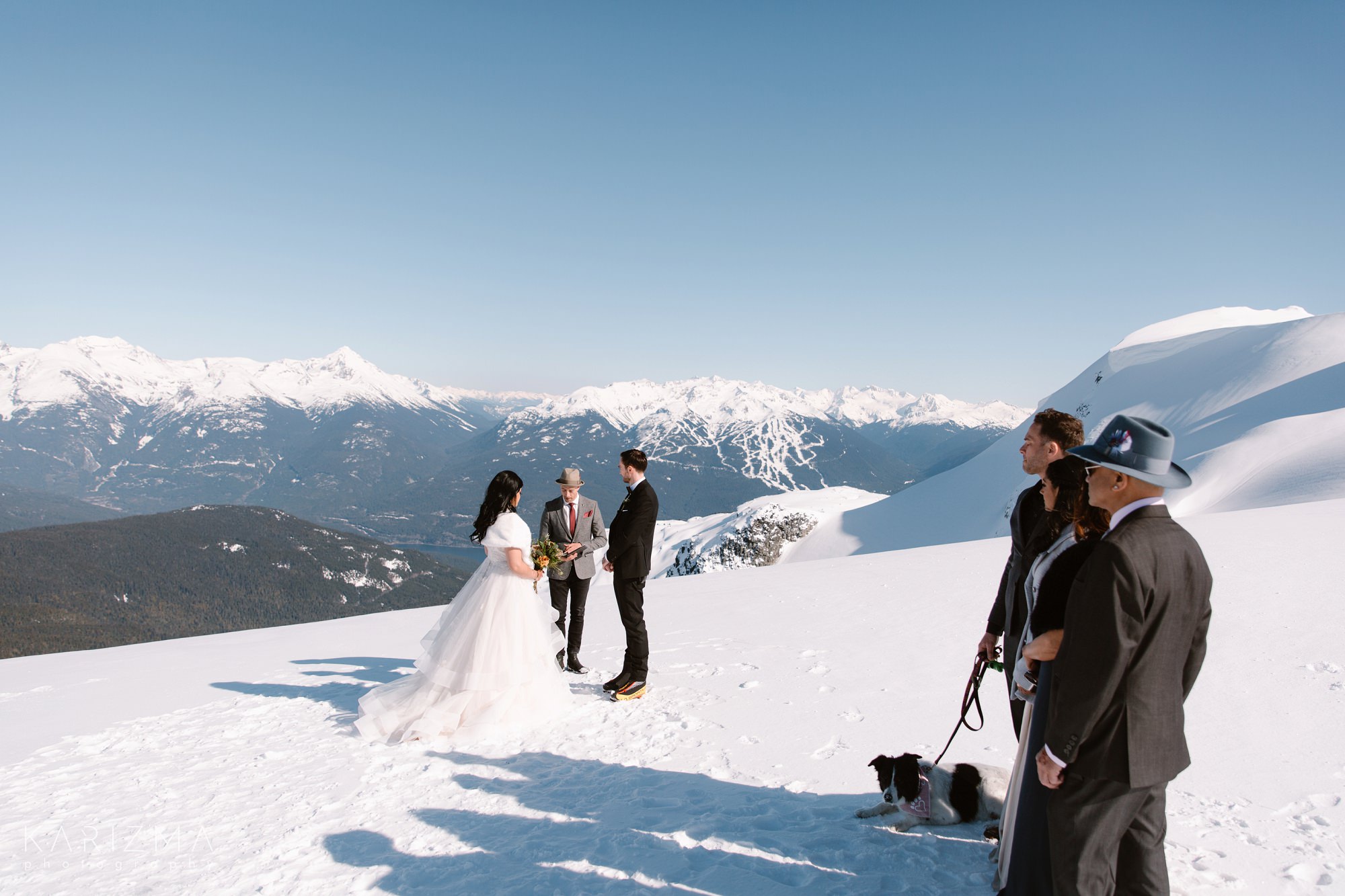 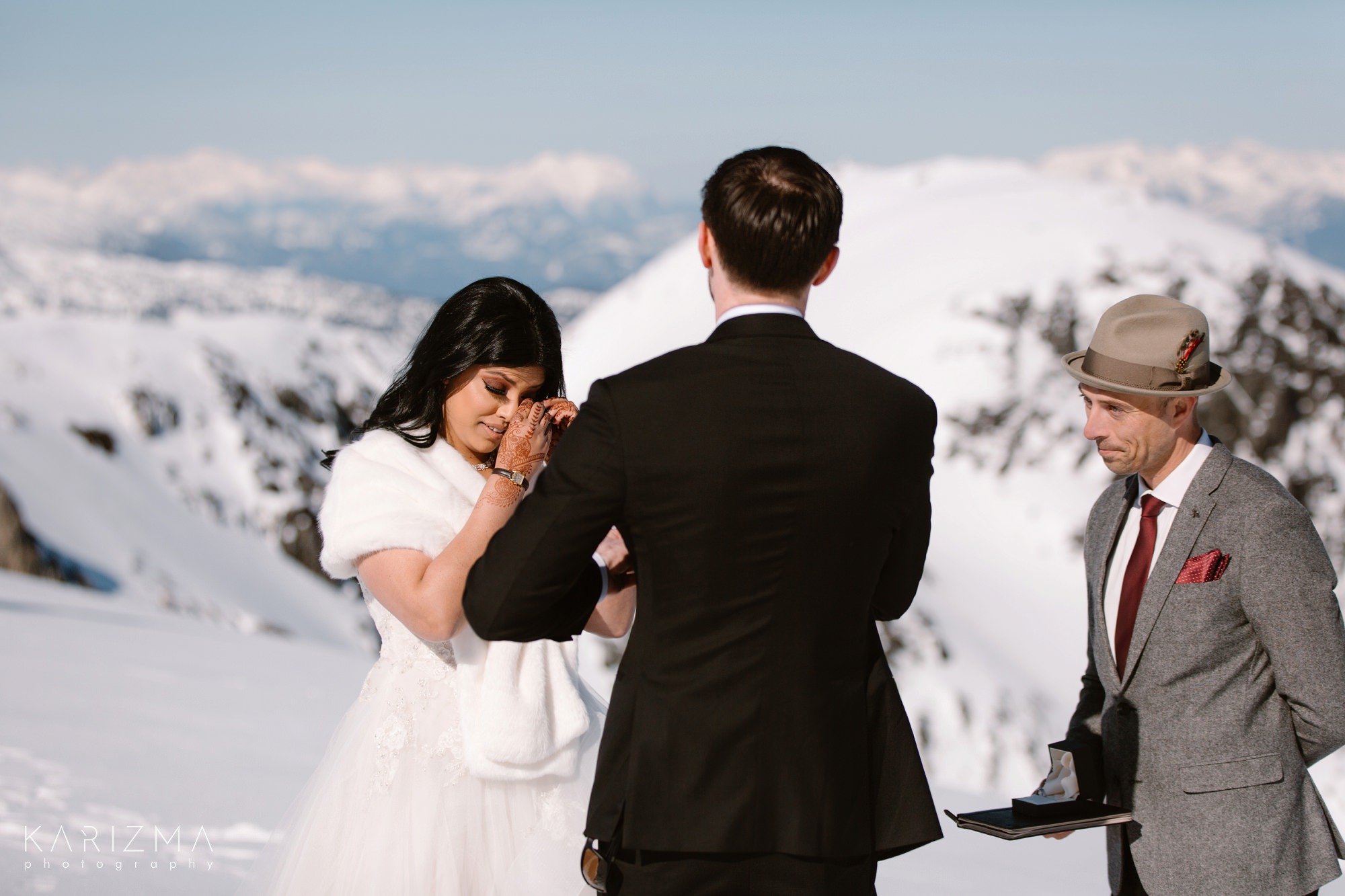 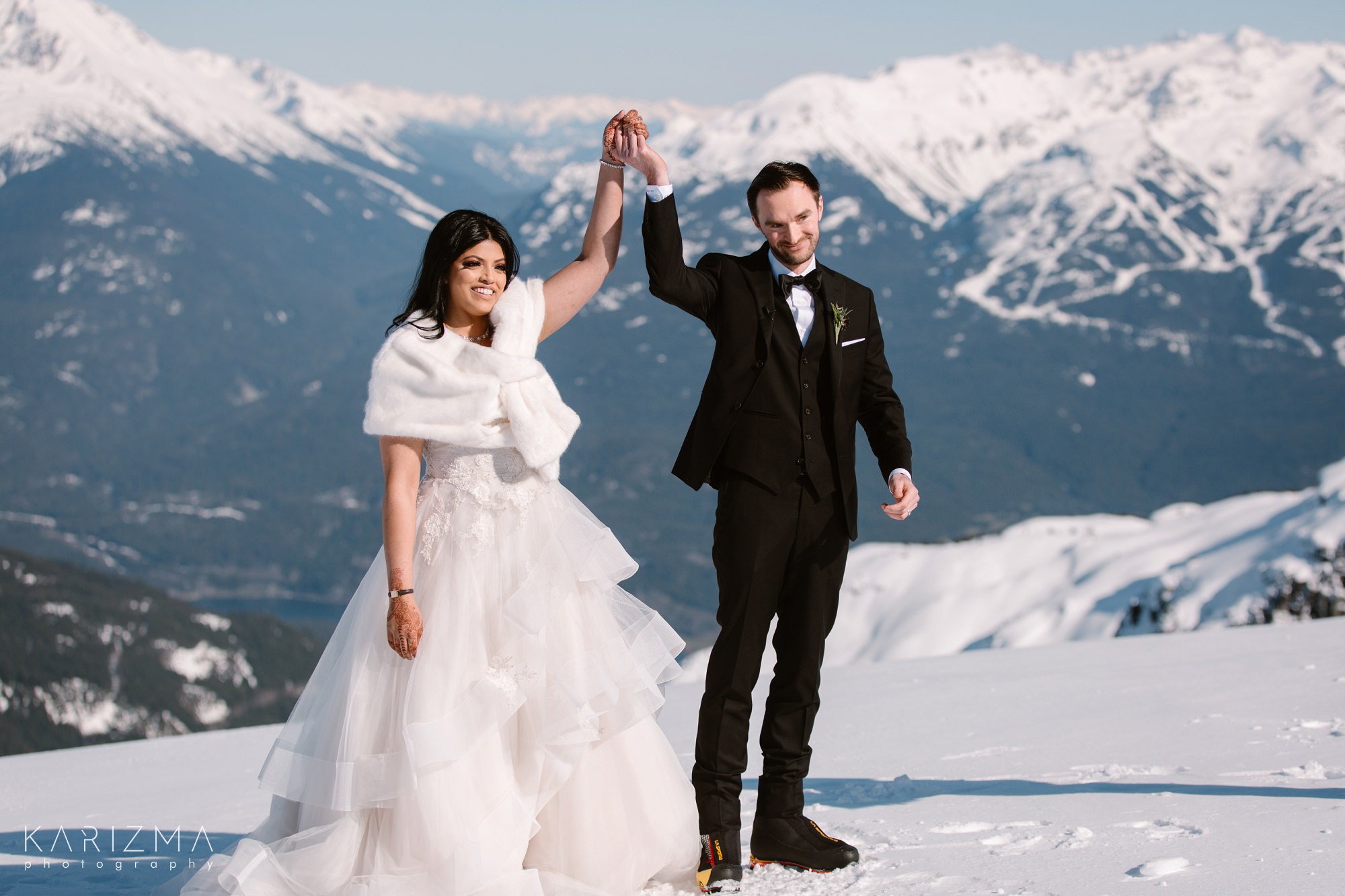 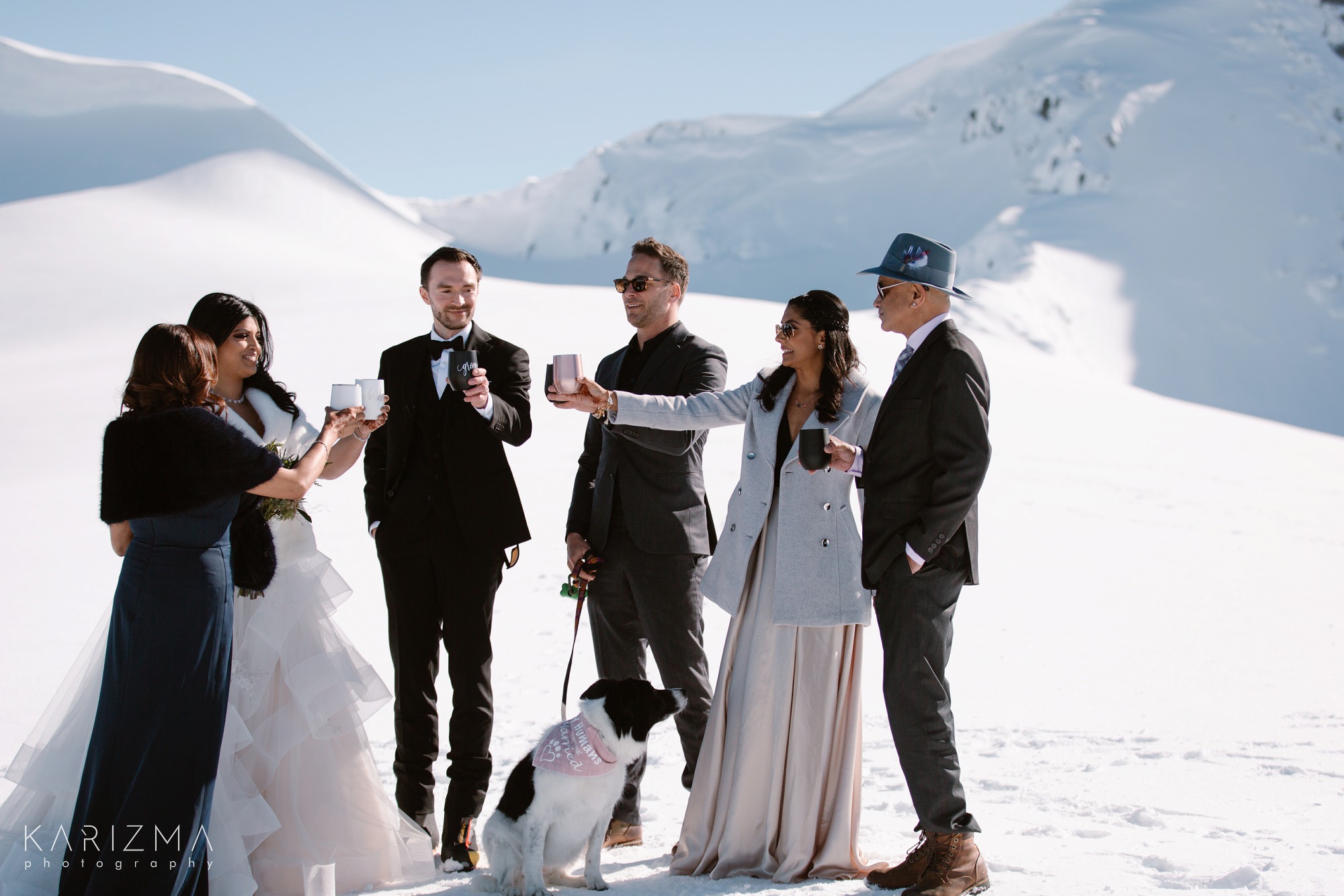 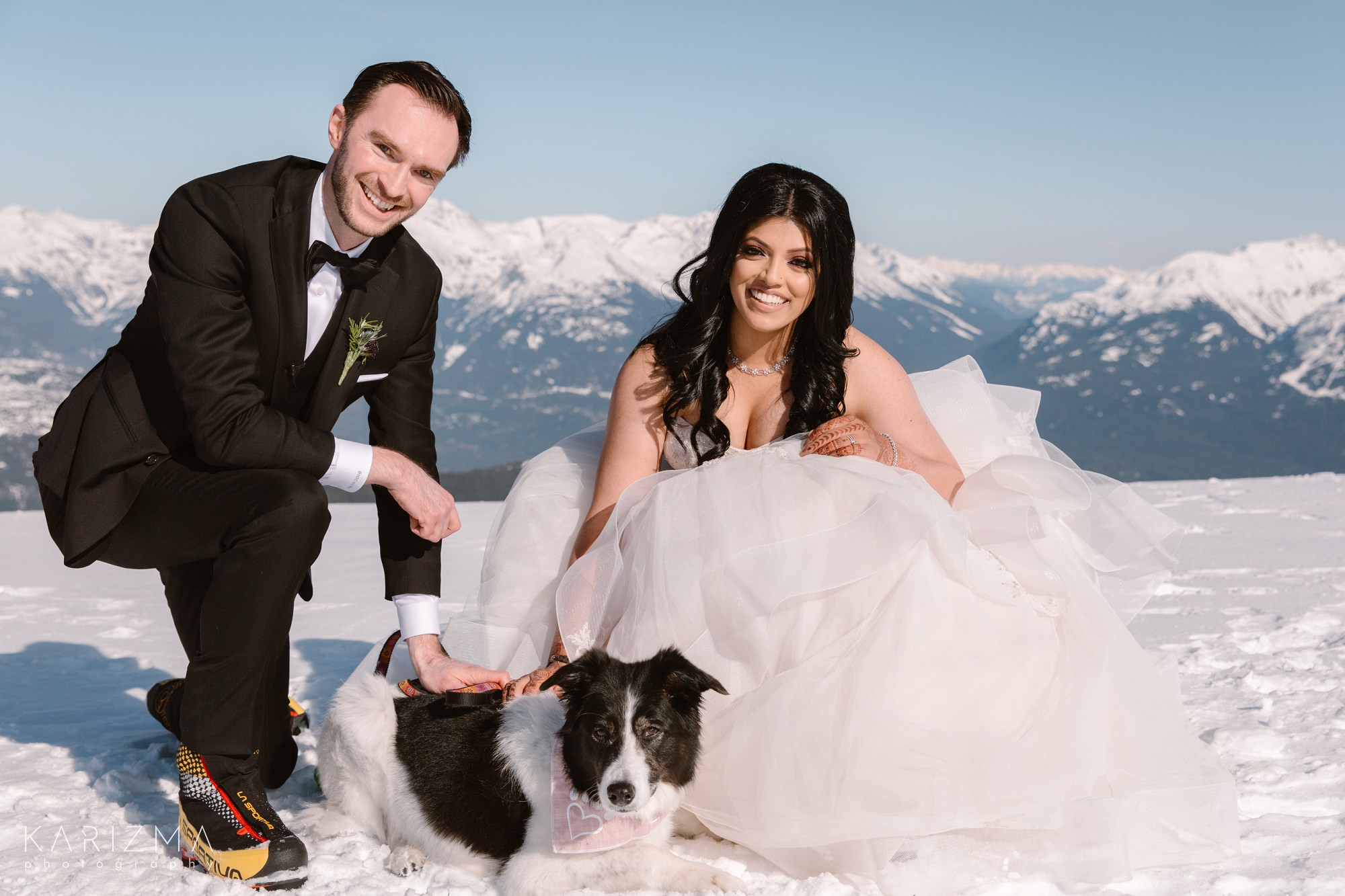 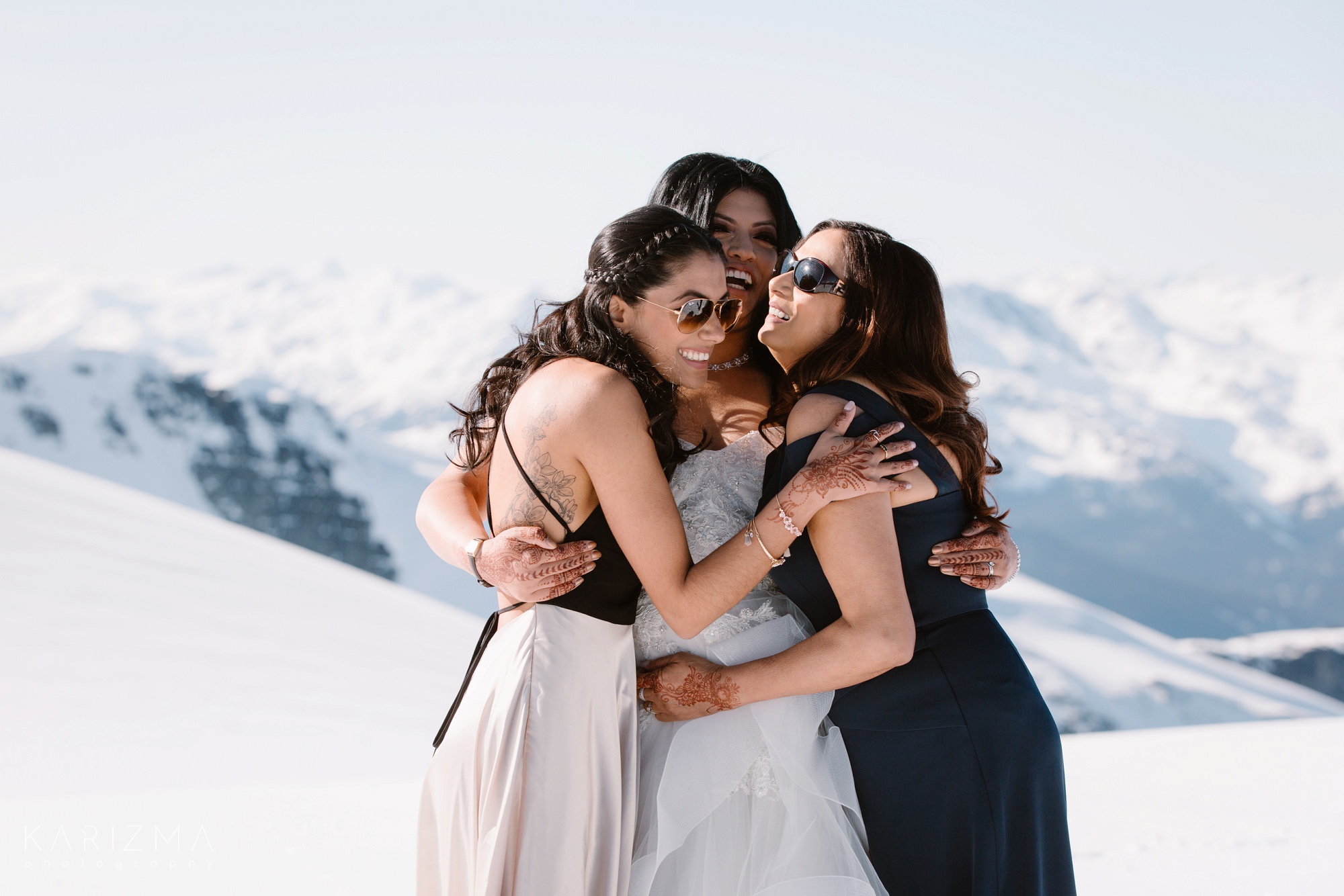 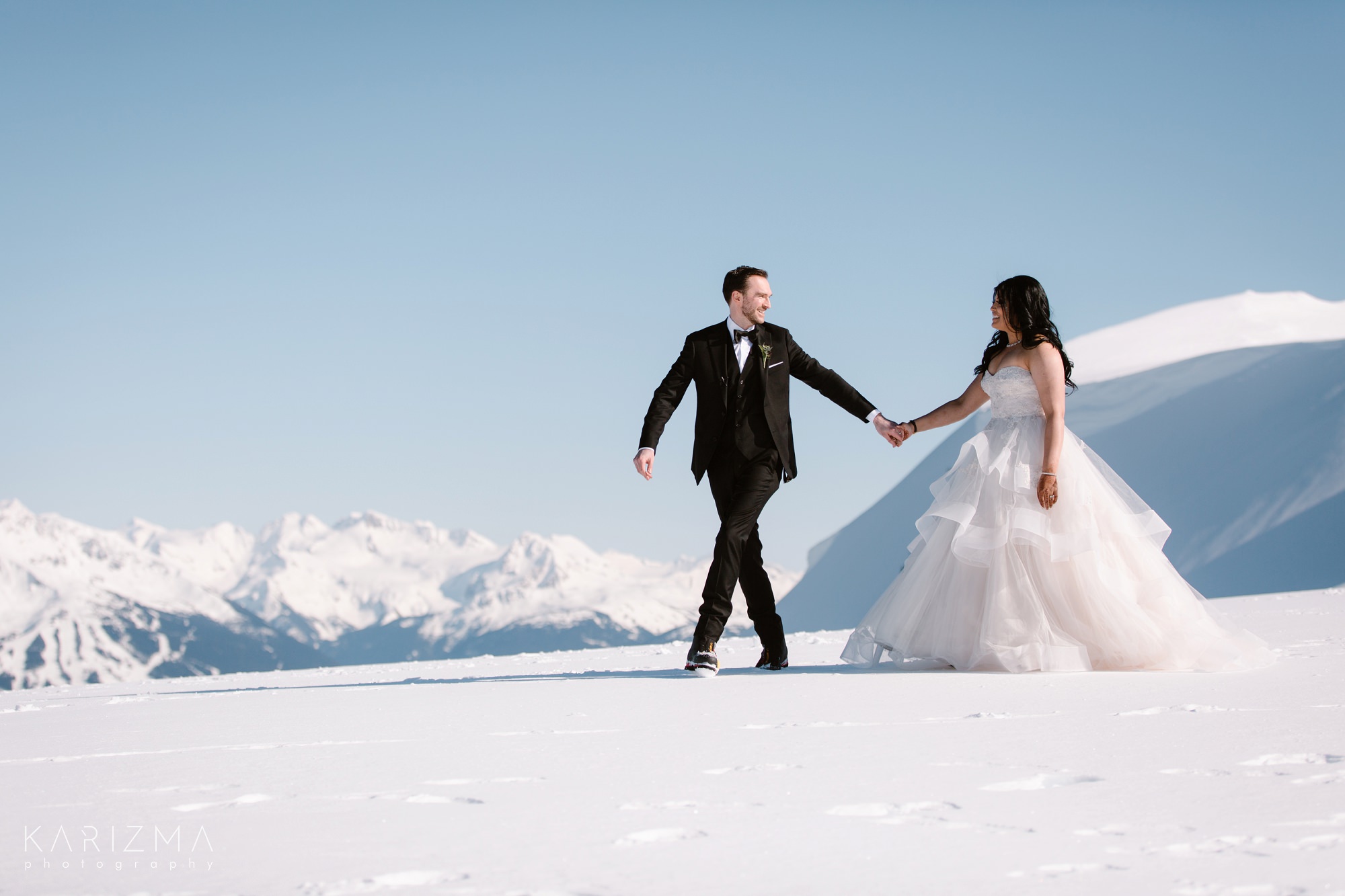 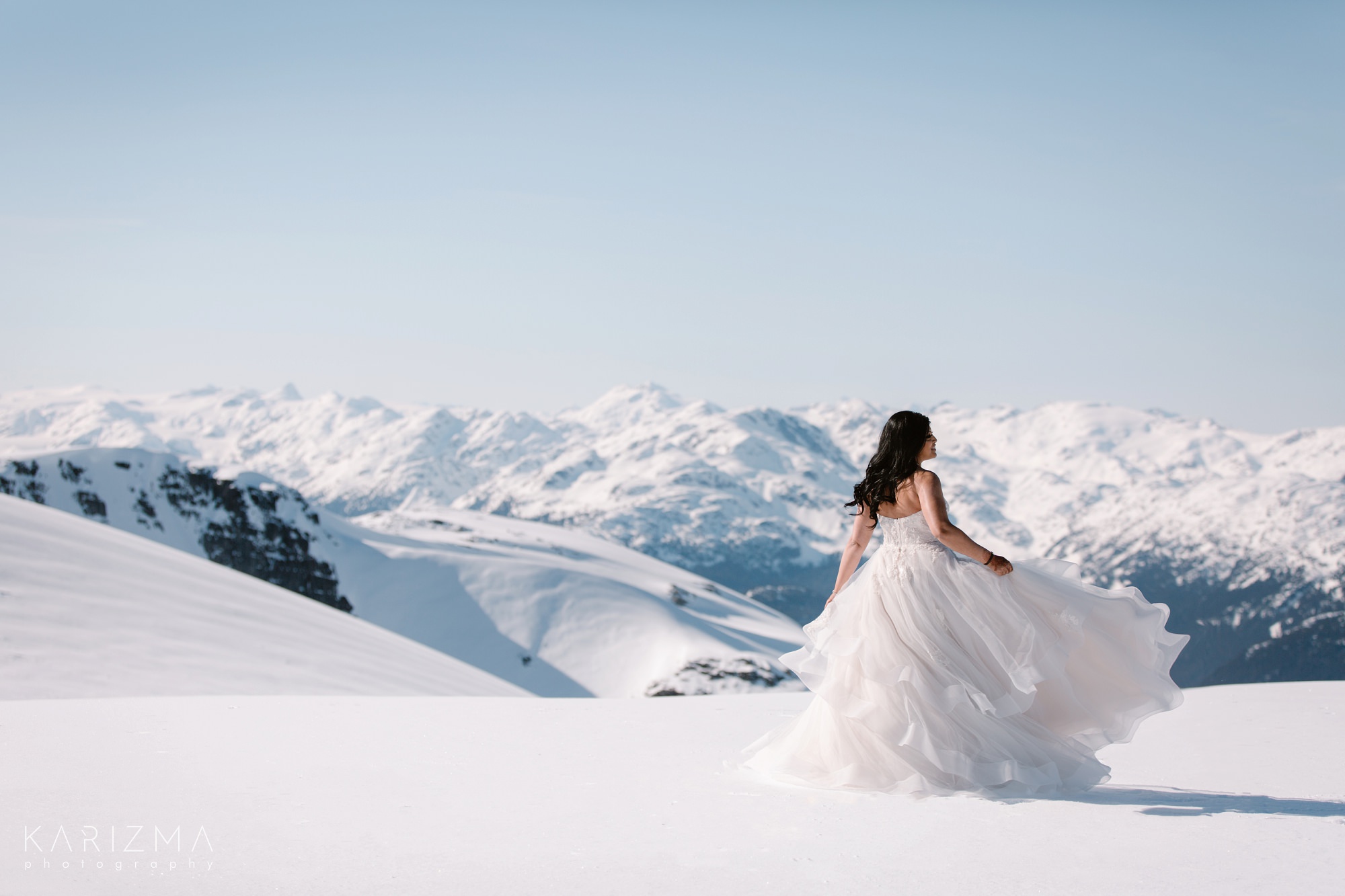 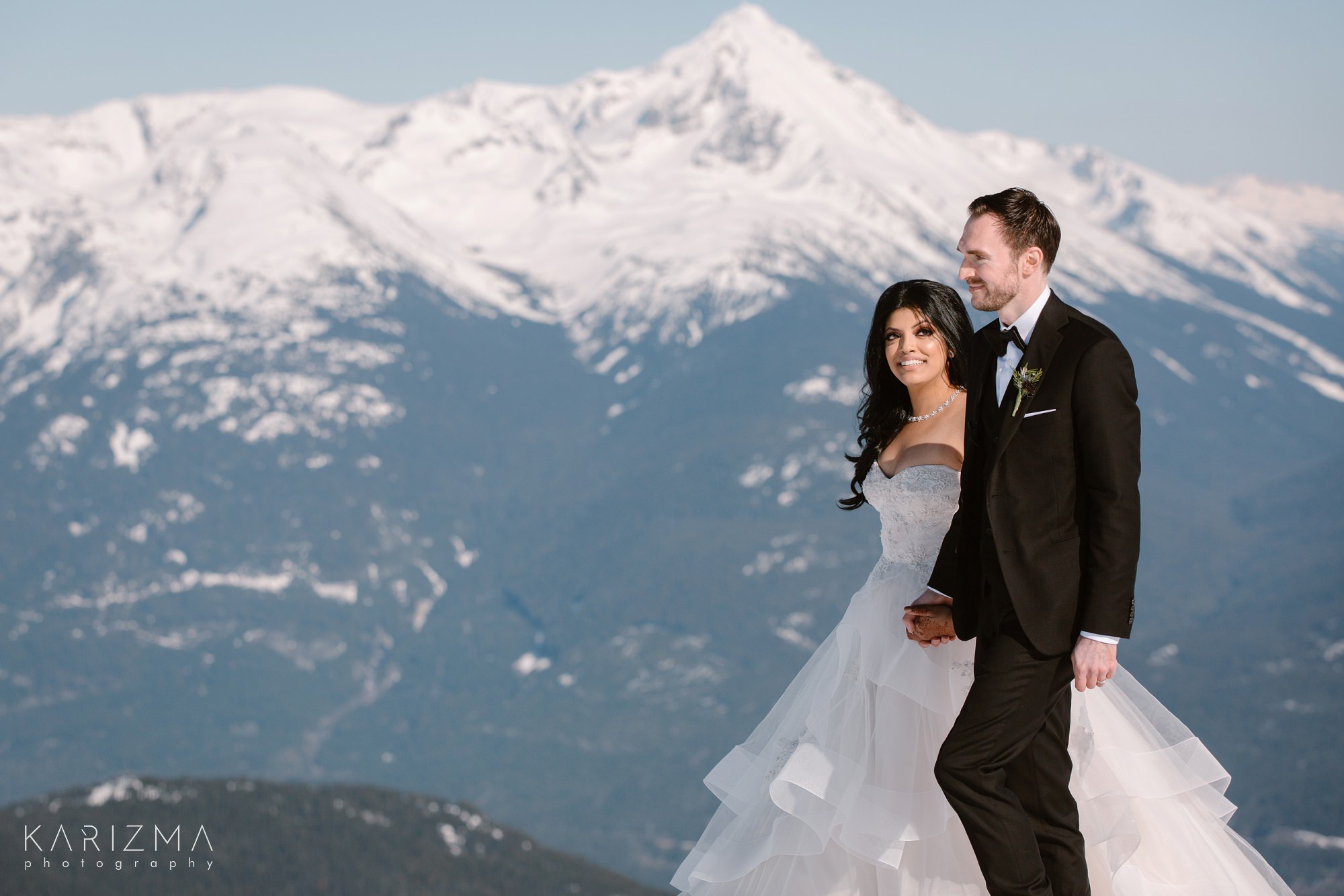 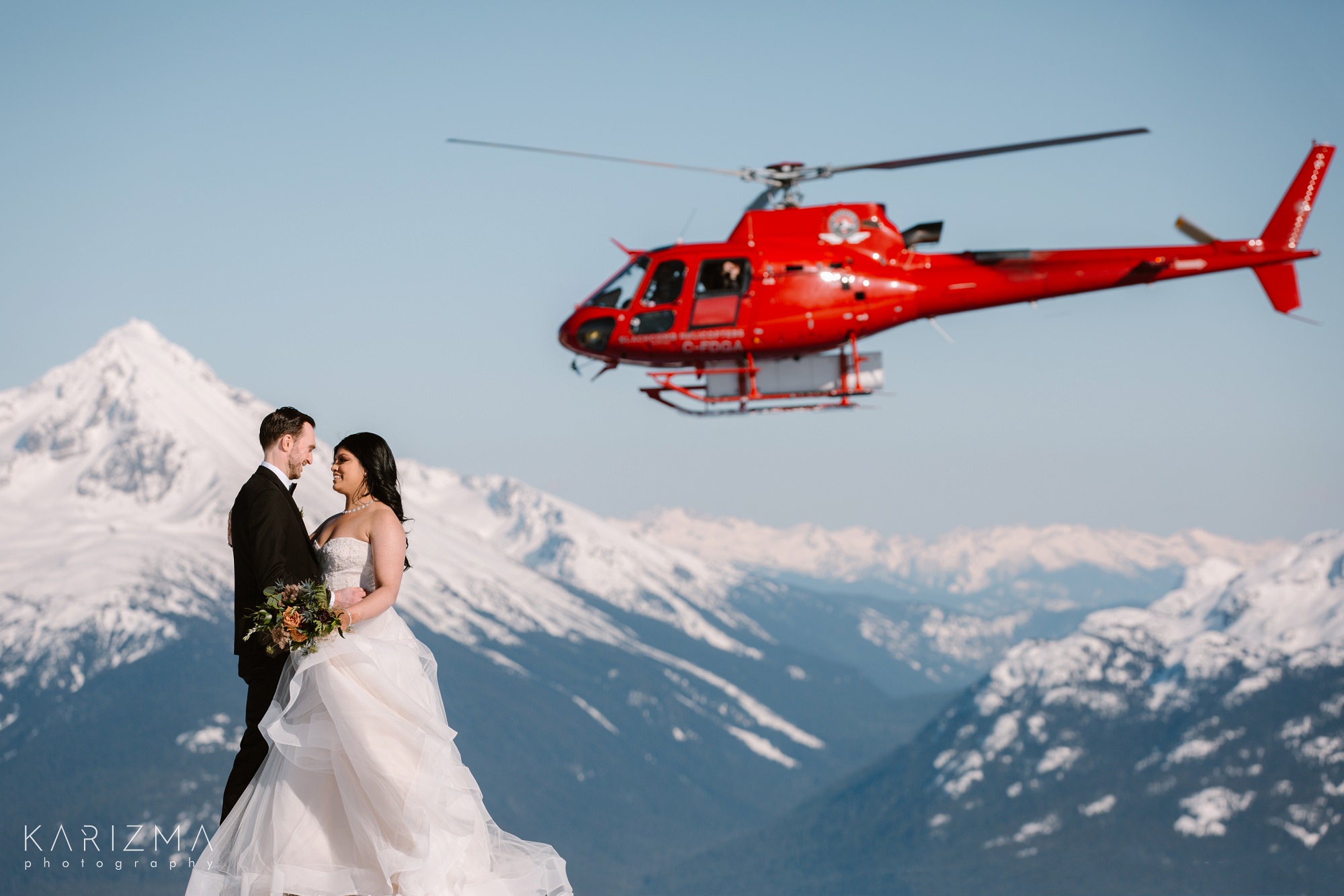 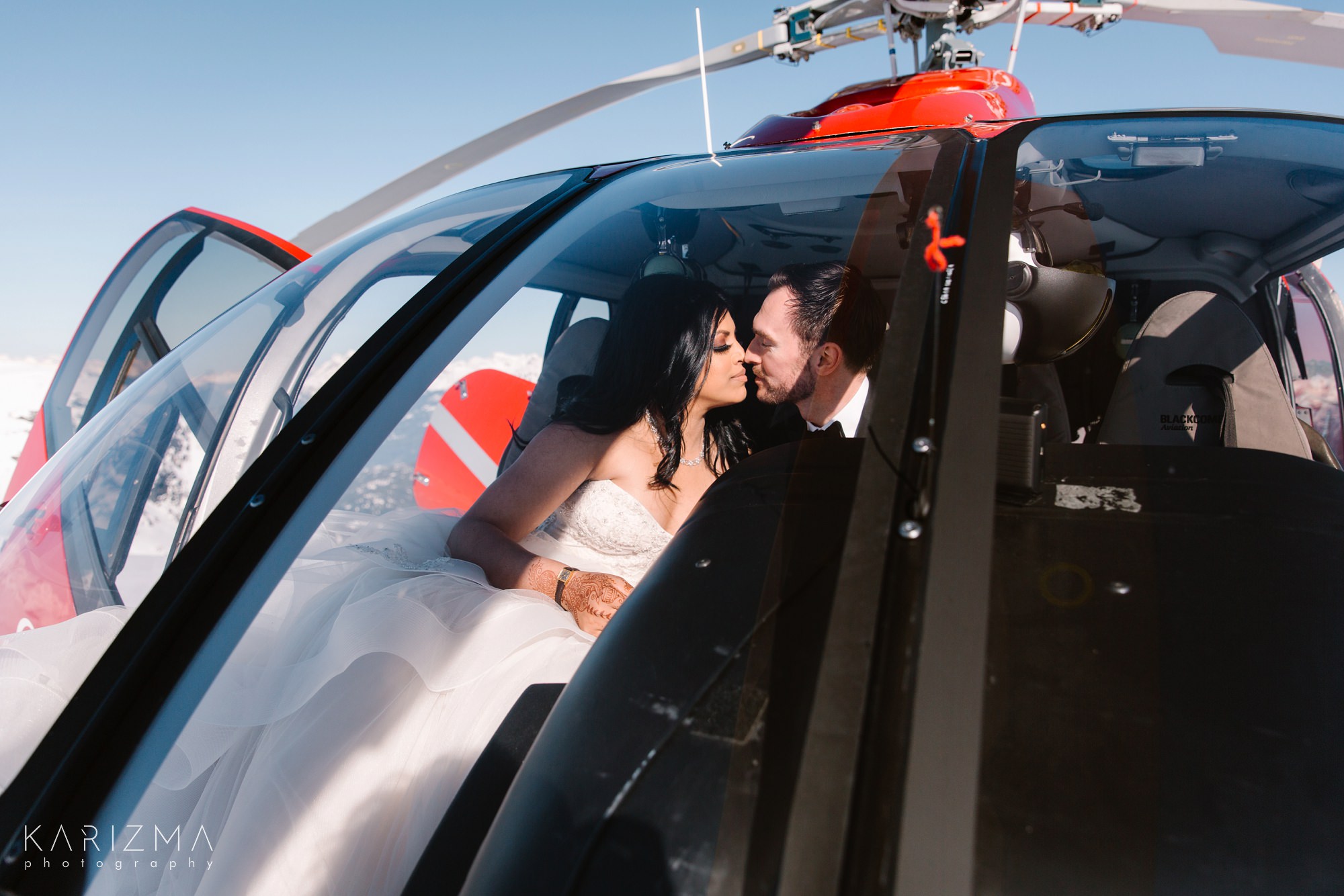 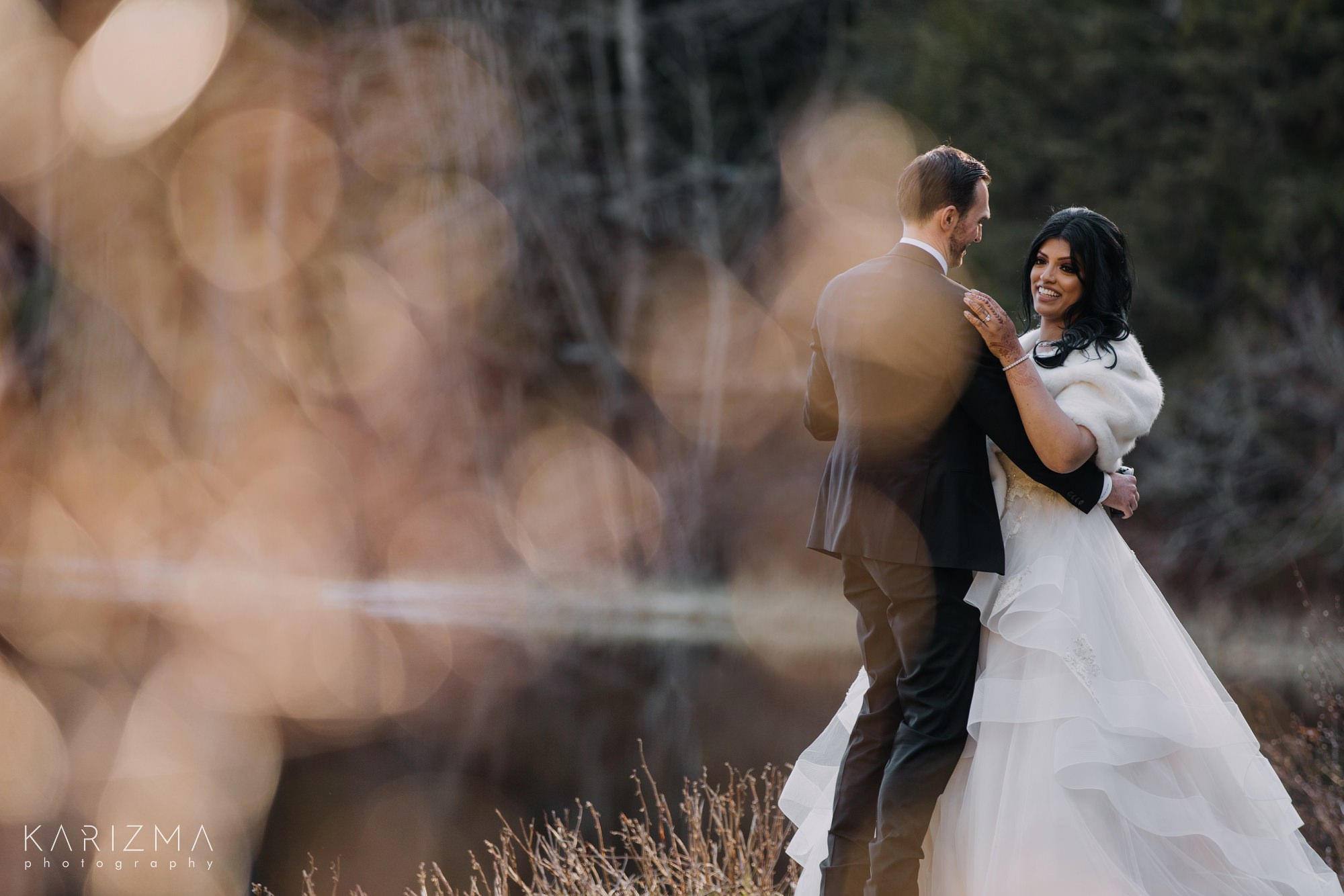 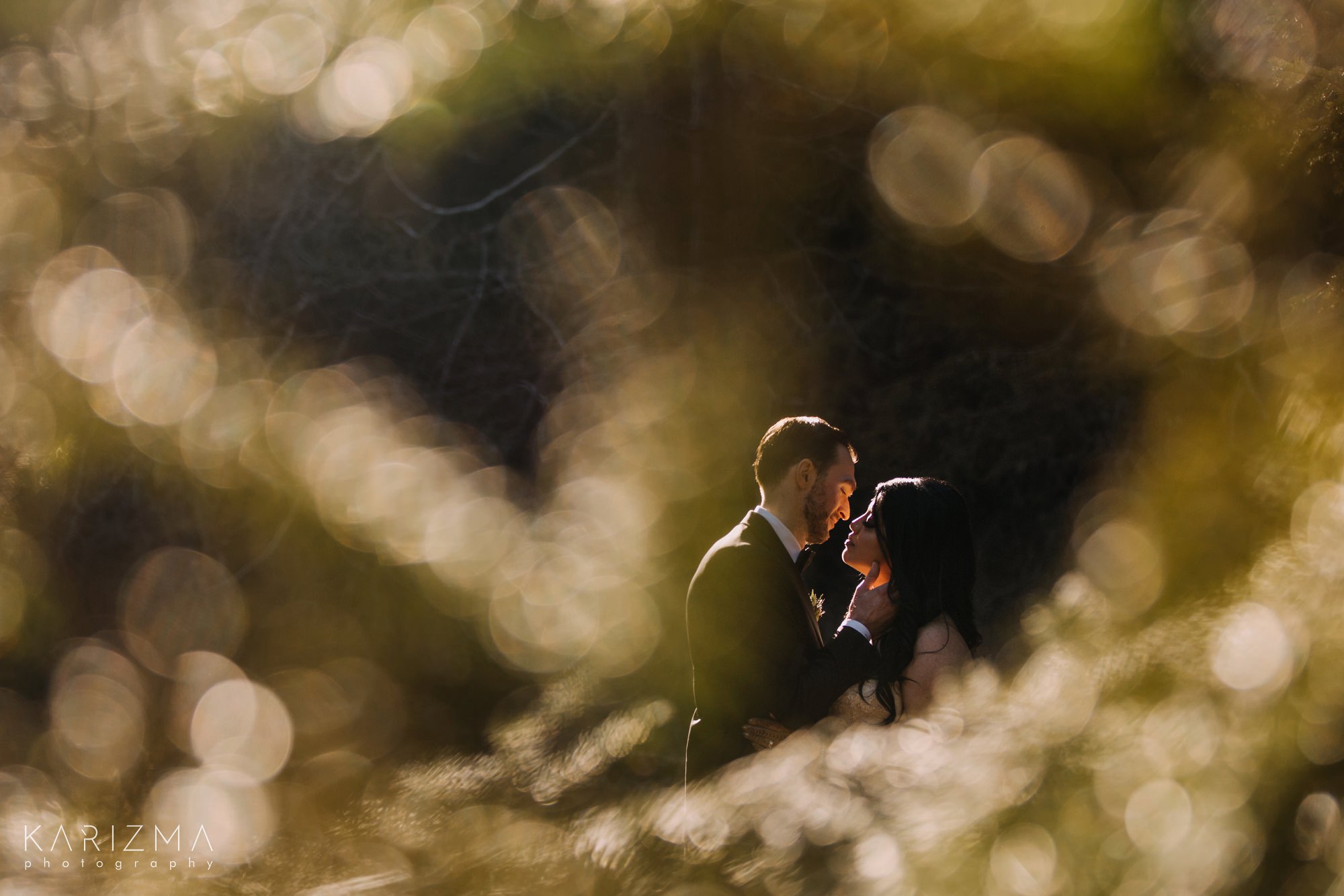 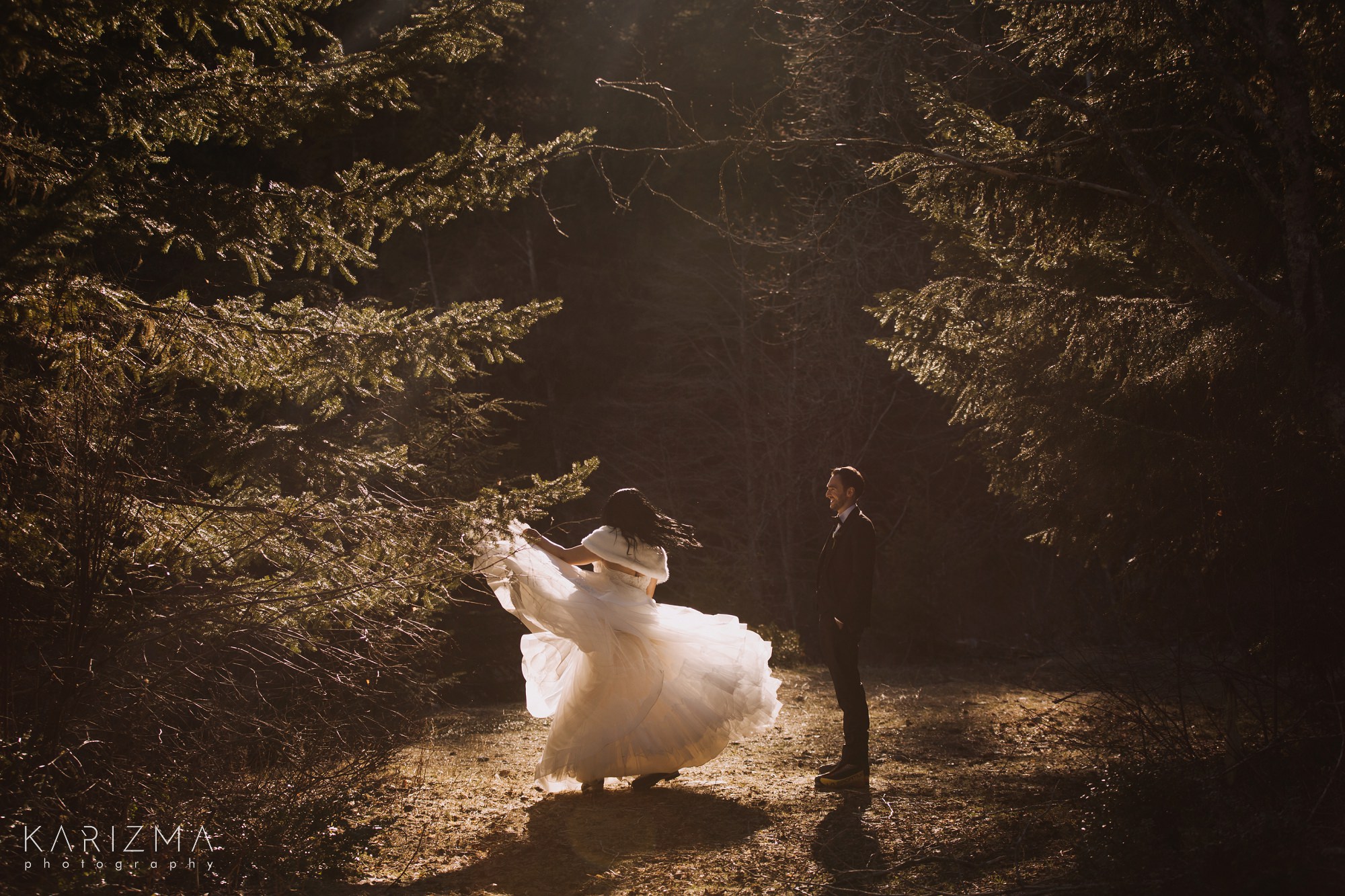